I recently implemented a Powershell module to send notifications in to our Hipchat rooms. This post explains how that script works and why this was an important shift for how we handle notifications.

A number of our administrative scripts were historically configured to send emails when they performed key activities to ensure these automations were visible. As with most teams, we receive a lot of email so I suspect (like me) most of the team eventually configured rules to have these emails auto-filed, hiding them and negating the intended effect.

While most teams are probably already utilising some form of electronic chat mechanism ( Skype for Business etc.) these tools are typically designed to just permit communication. Hipchat (and other tools like it such as Slack) extend this by allowing integrations to be built that make the chat tool more powerful, useful and unavoidably central to how operations occur. Sending notifications in to chat rooms is the most basic of these integrations. 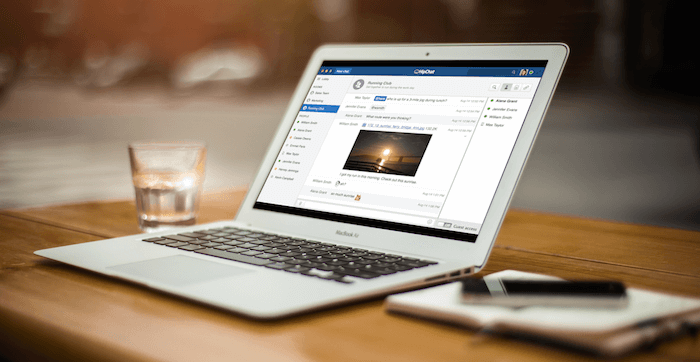 – These tools are an enabler for a cultural movement known as “ChatOps”. Popularised by Github, the idea is that the chat room becomes a place where work is not only discussed but occurs and where the result of that work can then be known by the entire team.

The code operates via a function named send-hipchat which is included in the Powershell module file: hipchat.psm1 (which also comes with a Module Manifest psd1 file).

Before you can make use of the function you’ll need two things from Hipchat: the name or ID of the room you want to send notifications in to and an API token for that room.

To get the ID or name of your room:

To get an API token:

If you want to send messages to multiple rooms, you must create a token for each room. You can also create multiple tokens per room, which you can then label for different purposes.

To use the function:

Here’s the result in Hipchat:

After an initial implementation that relied on cmdlets available from Powershell 3 and newer, I discovered that some of our environment was still running on Powershell 2. While I intend to upgrade those servers in the near future, in the interim I updated the script to remove those dependencies. That does add quite a lot of bloat, so I’ve made it somewhat explicit where that has occurred so that anyone who is sure that they are running Powershell 3 or above can easily strip out the Powershell 2 sections.

The first of those is that Powershell 2 does not have a convertto-json function, but after some googling I was able to retro-fit one via the below function that is only declared if the version is less than Powershell 3:

— The above function (or the PS3+ cmdlet) is needed because Hipchat requires the message it receives to be formatted as JSON.

After this, the rest of the module is the send-hipchat function:

The below parameters have validation and sensible defaults where it seemed appropriate. For example there is only a specific list of colours that are valid.

I added retry functionality to the script because my initial testing was a bit inconsistent in delivering the message first time, but this may well have been as a result of my infrastructure rather than a failing on the part of Hipchat. I left this functionality in in case it was useful in the future, but by default retry = 0 which means it will only try to deliver it once. If you do set a retry, you can configure the delay between tries with retrysecs (30 by default):

This next part declares a hash table of your notification parameters. The Notify parameter defines whether active users in the room get a notification (i.e an unread message indicator, or other notification per their preferences) that the message has been added to the room. If notify is set to false, the message is effectively silent.

The API URL for Hipchat is standard unless you are self-hosting. If you are, change the URL below:

If Powershell 3 or above is available, delivering the message is a one line use of invoke-webrequest. If not, it’s a slightly more complicated case of using a .NET equivalent:

If any error has occurred, we report it to the console and if retry has been set, wait retrysecs before looping. The If logic below ensures we don’t wait after the last attempt:

If we haven’t successfully delivered after the maximum retries we inform the user via the console and return $false. This is is important as it allows logic to be built around the function in the calling script to determine if it was successful (and to perhaps fall back to email notification if it was not).

Note the below lines don’t get executed when we’re successful as the earlier return $true ends the script immediately.

Your use cases will vary depending on what suits your environment. It’s a good idea to push out notifications from any automation that is affecting change in your environment to ensure these changes are visible to appropriate audiences. Another way in which notifications are commonly used as part of ChatOps is to inform the team on the progress of the automated build/test process of releases.

Here’s some automations that we’ve embedded notifications in to: