”..as an engine and platform, PSCore6 is a superset of Windows PowerShell 5.1.” – Steve Lee

While there are two versions today, it is important to note that PowerShell Core is being touted by Microsoft as the future of PowerShell, with the expectation that only bug fixes will be added to the (still delicious) Vanilla-flavoured PowerShell going forward.

They’ve been pretty clear that all new feature development will go in to PowerShell Core. And as such.. 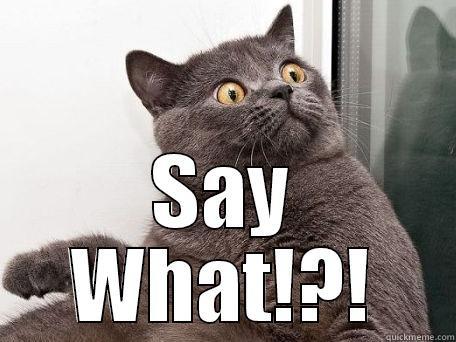 So.. why are there two versions?

Windows PowerShell was written on top of the .NET Framework. As a result, it can only be installed on Windows. PowerShell Core (due to being built on top of .NET Core) is cross platform, and available for install on Windows, macOS and various distributions of Linux.

In an increasingly cloudified cross-platform world, this makes a lot of sense.

However, while the PowerShell team want Core to ultimately have as much backwards compatibility as possible, right now there are some things that won’t work in Core that do work in Vanilla. As such the existing version of PowerShell remains available as a fallback/alternative.

Aside from the cross-platform compatibility, here are some key differences:

(– This makes sense because PSCore is a slimmed down version of PowerShell and everyone knows black is slimming.)

The release of PowerShell Core also sees the release of the new 6.0 version of PowerShell, so while this is a significant change from an underlying engine perspective there are also a number of new features and enhancements as you’d expect with any major release.

Here are some of my favourites:

If you’d like to see all of the changes you can review the Change Log on Git.

What are the downsides?

Due to the underlying .NET engine change there are a number of things that (at present) are not supported in PowerShell Core.

There is apparently a Windows Compatibility Pack for .NET core in the works that adds back in some of the missing functionality. Richard Siddaway blogged about this recently.

If you’re using AppVeyor and would like to test PowerShell Core support as part of your pipeline, I suggest watching this issue on the AppVeyor site as Oliver Lipkau has posed the question of the best way to implement this. I suspect when Core is GA AppVeyor will provide an official image fairly quickly.

Having browsed around various blogs and articles to source information for this post I can see that this change is going to cause some people some anguish. I’m sure it will frustrate me in the near future, but my feeling at this point is that we should get on board, the earlier the better. If you are currently maintaining any public modules or scripts you should check them for compatibility and identify the outcome in your documentation/readme.md.

If PowerShell Core is a success as a cross-platform scripting language then that will add tremendous career value to those of us who are (traditionally lesser-paid than our Unix counterpart) Microsoft-stack professionals. It could also greatly reduce the complexity of the tools/scripts/technologies that we have to support in the future.